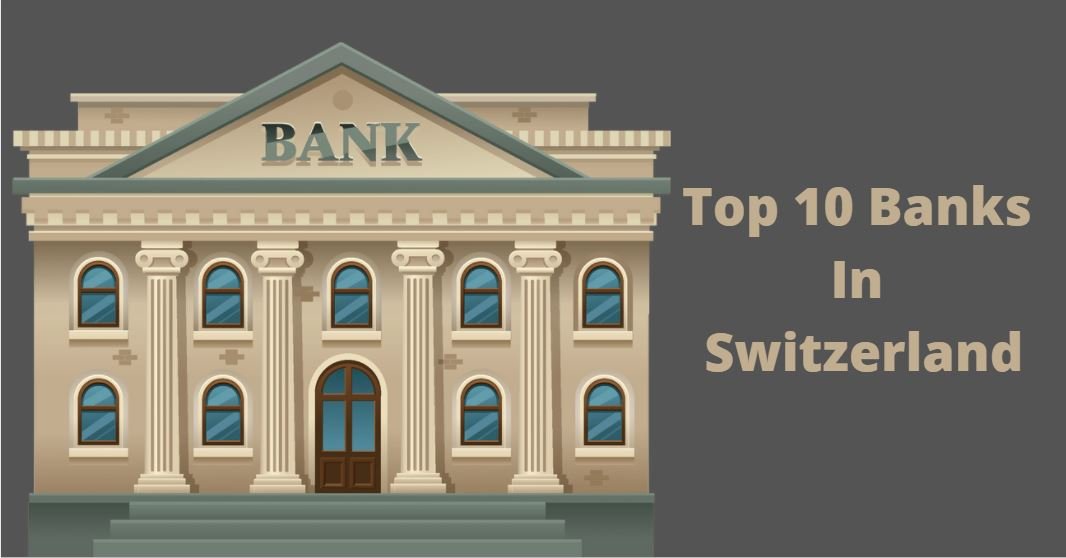 Overview of Banks in Switzerland

The Swiss Financial Market Supervisory Authority is also known as (FINMA) is the supervisory authority for banks, securities dealers, and other financial institutions, and is responsible for banking regulations. The major purpose of FIMAS is to safeguard investors, creditors, and policyholders, as well as to ensure that financial markets operate properly.

The Swiss National Bank (SNB), which was established in 1907. It is the country’s central bank that is responsible for monetary policy. SNB’s key goals include price stability and creating an optimal environment for economic growth. The Swiss banking system is divided into big banks, cantonal banks, regional and savings banks, Raiffeisen banks, other banks (including stock market banks, other banking institutions, and foreign-controlled banks), foreign bank branches, and private bankers. UBS and Credit Suisse are Switzerland’s two largest banks, holding more than half of the country’s total deposits.

Must Read: Top 10 Banks to open a Current Account for Startup in India

The following is a list of the top ten Swiss banks:

UBS is Switzerland’s largest bank. UBS has offices in over 50 different countries. Bahnhofstrasse45, Zurich, is where the UBS headquarters are located. UBS delivers excellent financial advice and solutions to private institutional, corporate, and retail clients in Switzerland. This is the only country in which UBS maintains its leading position in any and all five business units: wealth management, corporate and institutional banking, retail, asset management, and investment banking services. On September 20, 2021, the company’s market capitalization was US$54 billion. It had CHF 1.0 trillion with total assets and CHF 475 billion in deposits as of June 30, 2021.

In the year 1856, it was established. Its headquarters are located in Zurich. With offices in 50 countries, that is one of the largest financial service providers. Credit Suisse is primarily involved in investment banking, asset management, and private banking. International wealth management, Swiss universal bank, and the Asia Pacific are the three regionally targeted divisions that serve the bank’s clients. Credit Suisse’s market capitalization was over $44 billion as of May 10, 2018.

Raiffeisen is Switzerland’s third-largest bank and the country’s major retail bank. It’s a cooperative bank. It has 3.7 million consumers, 1.9 million of them are Raiffeisen co-operative members or co-owners. In addition, this cooperative bank is a member of the International Raiffeisen Union (IRU). As of December 31, 2020, the company’s net profit, total assets, and mortgage loans totaled CHF 0.86 billion, CHF 260 billion, and CHF 190 billion, respectively.

It was formed in 1890. It is the world’s largest and oldest private bank. It also provides services related to Securities and foreign exchange trading, loans, mortgage, and other services. The bank provides wealth management, investment solutions, and asset management to its private and institutional investors. The company’s assets under management hit a new high of 486 billion Swiss francs in June, setting a new record.

As of September 10, 2021, Julius Baer’s shares are traded on the SIX Swiss Exchange, with a market capitalization of almost CHF 14 billion.

In 1870, it was founded. Zurich is the Zurich Cantonal Bank’s headquarters. The bank is a counterweight to major banks and private banks, offering a broad range of products and services. Commercial banking, retail banking, private equity services, investment management, and investment banking are among the services provided by this bank. The bank has a total asset of CHF 164 billion, employs over 5,000 people, and operates through more than 80 branches throughout Switzerland.

BCGE is a regional bank that was established in 1816 and provides a wide range of products and services to both retail and business customers. Its headquarters are in Geneva, Switzerland. The bank employs over 800 people and has 21 locations and 124 ATMs. Top rating agencies have given the bank a stable rating. BGCE provides mortgages, personal loans, savings accounts, wealth and asset management services, institutional real estate financing, advisory services, global commodity finance, and public authority financing and management to small and medium-sized businesses. In 2018, the bank achieved great results, with operational income of CHF 161.3 million, up 25.7 percent, and a net profit of CHF 91.2 million.

It was established in 1995, and its headquarters are in Zurich. It is one of Switzerland’s largest banks, offering individuals and institutions various types of private banking services. EFG’s total assets were CHF 41.8 billion as of June 30, 2021, with deposits totaling CHF 32 billion. The Private Banking and Wealth Management business of EFG International bank is divided into five regions: Continental Europe, Switzerland, the Americas, the United Kingdom, and Asia.

Migros Bank was established in 1958 and now has over 800,000 customers, making it one of Switzerland’s major banks. Savings accounts and mortgages, credit and investment services, financial services, e-banking services, and other services are available through the bank. Micros Bank’s expansion continues in 2018. In Switzerland, Migros bank has 67 branches and nearly 200 ATMs.

Bank J. Safra Sarasin is a subsidiary of the Brazilian Safra Group, which was founded in 1841. Private and institutional investors benefit from the bank’s high level of services and expertise. It is headquartered in Basel and employs approximately 2,178 people.

This bank was founded in 1899. It has a total of 49 branches throughout Switzerland. Total assets of CHF 54.4 billion, mortgages of CHF 29 billion, client deposits of CHF 30 billion, and net income of CHF 108 million were reported on December 31, 2020. The bank is one of 24 cantonal banks that serve Switzerland’s 26 cantons.

Standard Deviation: Every Investors Need To Know About It