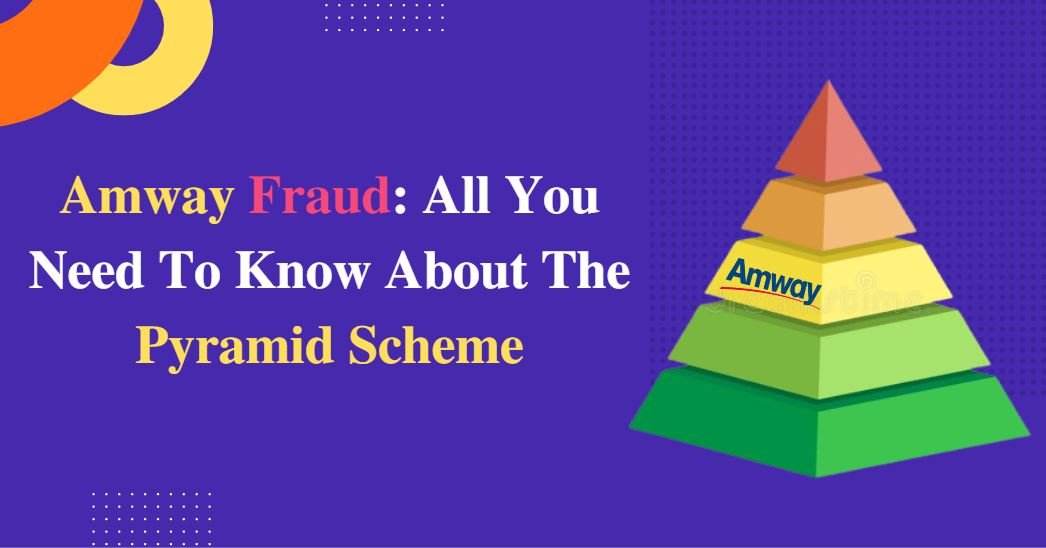 Amway Fraud: All You Need To Know About The Pyramid Scheme

Amway has been accused of running a multi-level marketing (MLM) scam and is now being investigated by India’s Enforcement Directorate (ED). It said that out of the total Rs 757.77 crore of assets attached under the Prevention of Money Laundering Act (PMLA), immovable and movable properties are worth Rs 411.83 crore, whereas the bank balances of Rs 345.94 crore are held in 36 Amway accounts. ED said that a money-laundering investigation revealed that Amway is” running a pyramid fraud in the guise of a direct selling multi-level marketing network.”

Amway was established in 1959 by Jay Van Andel and co-founder Richard DeVos and is headquartered in Michigan. Amway is one of the most well-known multi-level marketing companies in India. Before Amway, both DeVos and Van Andel had been business partners in a number of failed ventures, which include a stint in a company named Nutrilite. FMGC (Famst Moving Consumer Goods) products are sold by Amway.

The company employs a mix of direct selling and multi-level marketing. However, it has always previously been subjected to similar controversies for running a pyramid scheme. Even though it was never allegedly found to be guilty, according to various reports, the company had to pay a large sum of money to settle suits around the world.

What Is A Pyramid Scheme?

Basically, a pyramid scheme is a SCAM. A pyramid scheme appears to be a legitimate business opportunity. People who have no or little money are far more likely to fall for all of these schemes. A pyramid scheme is an untrustworthy and unsustainable business model in which a few upper-level members hire newcomers. Those members pay up front costs to the people who enrolled them. As newcomers hire their own underlings, a part of the fees they obtain is also passed up the chain. The main source of profit in a pyramid scheme is the hiring fees instead of the actual product sale.

Multi-Level Marketing (MLM) operations are identical to pyramid schemes, except that they incorporate the sale of tangible products. The scheme frequently takes the form of a pyramid, with one top person and the number growing as more people are hired at the bottom.

The cost is borne by the people at the end of the chain or by newcomers. And so these new members normally endeavor to persuade their own family and friends to buy the products or join the organization.

If you believe it is a good business idea and worth pursuing, here is how you can lose all of your money. The pyramid scheme is funded by fees collected from new recruits. Each level of recruitment requires a consistent cash flow. However, this cash flow is not consistent because the old members are either unable to sell that amount of products or are unable to recruit new members.

This disrupts the flow of money, causing people at lower levels to suffer losses. They frequently run out of money or lose all of their investments.

In this scenario, the members at the highest levels take all of the remaining money because they are entitled to a fixed amount of interest. Furthermore, in most of these schemes, people at various levels are required to purchase a certain number of products at regular intervals. And as the pyramid grows, so does the price of the products.

What Are The Most Recent Charges Filed Against Amway?

According to the agency, the general public is frequently induced to join the company and make purchases at exorbitant prices, causing them to lose their hard-earned money. “Truth is that the commissions obtained by the upline members make a contribution hugely to the increase in product prices,” it added, emphasizing that the company’s goal is to make people richer by accepting them as members rather than treating them as clients. As per ED, the products are being used to disguise this MLM pyramid scheme as a direct-selling company.

These scheme sellers frequently claim that their business model will transform your life. So, avoid such schemes.